Team Building in South Africa, Team Conflict Resolution and Diversity Management Consultant and EFT Therapist,  –  Brian V Moore is often described as a Breyani Mix as he is of Irish, English, Welsh and Scottish ancestry, was born in Northern Rhodesia (Zambia), of South African parents, was raised in Port Shepstone, became a member of a Zulu tribe and married into a South African Indian family.

He has been the catalyst for Celebrating Humanity International – formerly Mthimkhulu International – and focuses on building respect, accountability and unity within diverse teams, removing conflict within teams, diversity management training and transformational team building.

He and Arthie have created the Dream Dynasty programme – to put the dream back into education and the Legacies Africa campaign.

He now has a new website. Connect here with Brian V Moore.

Diversity Training in South Africa – a member of the Celebrating Humanity International stable has a brand new website. So too, does the founding director, author and diversity speaker – Brian V Moore. Learn more about  fellow director, writer and powerful catalyst of change – Arthie Moore.

Read up and contribute to Arthie Moore’s blog on Relationships, and visit our Transform Your Diverse Teams blog and the Ways we Learn, Teach and Present blog. 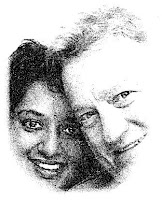 Get your diversity training proposal, team building proposal or team conflict resolution proposal from either site.

Spirit of African Leadership.
Traditional and Western Leadership has a legacy of “I tell – you do.” Although there is a growth in the concept of participative leadership this is not enough.

The young man and lady slouched back in their chairs during a recent 1 day Celebrating Humanity diversity training session.

She spoke up, “This is brilliant. But where are the managers and directors?”.
“Yes.” the young man agreed, “They always send us on courses, yet it is they who need the most change. They just decide that we must be trained. And they don’t know what it is about, nor do they follow the “new” way.”

Simply put team members are no longer pawns. They can be fully participating members of any organisation as long as:

• there is full ownership for their personal behaviours and actions, from all members of the organisation – from board level to the general workforce.
• all team members are valued, feel valuable and value the uniqueness and difference in others.
• all are part of a team where everyone operates within a peer-selected, peer-managed set of positive and values and behaviours and actively exclude non-acceptable behaviours from their interactions.
• a peer-controlled inter-personal values-based structure is constituted and managed on a regular basis.
• A separate set of organisational values/ principles has been developed and accepted by all role players to ensure that issues such as client relationships, theft, corruption, fraud, professionalism are all adequately covered by company regulations.
It is critical that no-one is above the rules of inter-personal respect and organisational values.
Leaders lead and work with people. Leaders are accountable to self, team and company.
Traditional managers manage resources. They are only accountable to their seniors.

As in most diverse South African teams there were the normal challenges – personality types, communication styles, work styles, culture, gender,education, experience and belief systems. Added to this was the French dynamic.

There is a huge variation in the management styles in South Africa, all affected by the South African diversities. And there is a far bigger divide between South African and French Management Styles. When added to the lack of understanding of cultural differences and etiquette – it can be quite challenging.

At the end of this brief comparison

1)    French Management Style
http://www.worldbusinessculture.com/French-Management-Style.html
Most senior management in most French companies were educated at the Grandes Ecoles which are the elite schools of France. These colleges champion an intellectual rigour in their students, which is rarely matched elsewhere in the world. This produces a highly educated management population, which approaches leadership with an unusual degree of academic precision. ‘Intellectualism’ is something to be cherished rather than sneered at and a comment once attributed to French management was that ‘this idea seems alright in practice but will it work in theory?’
Thus, management is an intellectual task to be mastered and thought about in terms of detailed analysis, the complete mastery of complex concepts and information and the eventual application of rational decisions. More pragmatic issues of buy-in, motivating staff etc. (in the Anglo-Saxon understanding of these terms) are not as prominent in French management thinking.
Decisions, once taken at senior levels, will be passed down the chain to lower management for implementation. This directive approach can be seen, especially by those from a consensus oriented, non-hierarchical background, as being overly authoritative and lacking in the necessary team-building elements

2)    Being a Manager in France
http://www.kwintessential.co.uk/intercultural/management/france.html
The business set up in France is egalitarian and to ensure successful cross cultural management it is important to remember to treat each and every person with equal respect and deference.
In other words, in business it is safest to be formal and reserved in your behavior and expect that your French colleagues will be the same. Communication may be both formal and informal, depending upon the person you are dealing with and the relationship between you.
The Role of a Manager
French business behavior emphasizes courtesy and a degree of formality. Chief executives of French companies often come from a select group of universities and share a similar background. Consequently, it is best to send a senior executive to initiate the relationship with the French decision-maker, especially if it is someone whose credentials and experience are comparable.
Newcomers to the French management style should carefully study the corporate culture of specific companies because they may vary. Consequently, employees will range from feeling empowered to speak out in the management process, to those who believe it is most important to simply execute the instructions by their leadership.
Approach to Change
France’s intercultural adaptability and readiness for change is developing all the time. France is seen to have a medium tolerance for change and risk. It is important for innovations to have a track record or history noting the benefits if they are to be accepted and implemented.
The fear of exposure, and the potential of embarrassment that may accompany failure, brings about aversion to risk and the need to thoroughly examine the potential negative implications. While in risk-tolerant environments, failure is perceived as a learning process that encourages confidence in future ventures, failure in France causes a long-term loss of confidence by the individual as well as by others. Because of this attitude, intercultural sensitivity is going to be required, especially when conducting group meetings and discussing contributions made my participating individuals.
Approach to Time and Priorities
France is a controlled-time culture, and adherence to schedules is important and expected. In France missing a deadline is a sign of poor management and inefficiency, and will shake people’s confidence. People in controlled-time cultures tend to have their time highly scheduled, and it’s generally a good idea to provide and adhere to performance milestones.
Effective cross cultural management skill will depend on the individual’s ability to meet deadlines.
Decision Making
For effective cross cultural management it is important to remember that hierarchy is part of the French business culture. This is a country where rank has its privilege, often both literally and figuratively. Decision making is done at the highest levels, often without consultation with subordinates.
Boss or Team Player
French like working in teams and collaborate quite well. The communication within a team is generally quite collegial, albeit somewhat direct and blunt. Role allocation within the team is generally quite clearly defined and people will take greater responsibility for their specific task than for the group as a whole.
Successful cross cultural management will depend on the individual’s ability to harness the talent of the group assembled, and develop any resulting synergies. The leader will be deferred to as the final authority in any decisions that are made, but they do not dominate the discussion or generation of ideas. Praise should be given to the entire group as well as to individuals.
Communication and Negotiation Styles
French business emphasizes courtesy and a fair degree of formality. Wait to be told where to sit as there may be a protocol to be followed. Although English may be spoken, it is a good idea to hire an interpreter so as to avoid any cross cultural misunderstandings. Business is conducted slowly. You will have to be patient and not appear ruffled by the strict adherence to protocol. Avoid confrontational behavior or high-pressure tactics as it can be counterproductive.
The French will carefully analyze every detail of a proposal, regardless of how minute. The French are often impressed with good debating skills that demonstrate an intellectual grasp of the situation and all the ramifications.
Never attempt to be overly friendly. The French generally compartmentalize their business and personal lives.

3)    France: Management Styles
2011-01-02 by goinglobal.com
http://www.goinglobal.com/articles/819/
The PDG (President Directeur General) is equivalent to the CEO, and most senior level executives are directeurs. Senior management tends towards a directive, rather than a collaborative style, with the PDG determining overall direction, which is disseminated down the line for implementation by junior management.
The French by nature tend to shy away from risk. Privacy and individual accomplishment of one’s tasks are critical in French business culture; workers provide what their bosses expect of them, and plans, methods and reports can be time-consuming, thorough and complicated efforts toward perfection. All of this occurs in a formal and sometimes very rigid hierarchical structure, which means that time, deadlines and efficiency, while important, are secondary to attention to detail, rigorous logic and perfection of form.
Each individual on a French team prefers to have a very specific task; the team is an organization of different individuals with different objectives and roles, all carefully defined. Thus, French bosses are expected to provide guidance and information and to make decisions, while subordinates provide detailed information and follow the decisions made by the superiors.
Traditionally, French companies have followed a somewhat paternalistic or ‘family’ model, with senior managers making key decisions without necessarily communicating relevant information to subordinates. All in all, communicating information may be a challenge in French organizations and this can prove frustrating to a foreigner who is attempting to understand how and why decisions are made.
Most senior managers were educated at the elite schools (or Grandes Ecoles) of France. This may be the case even in so-called American or multinational  corporations based in France. Intellectualism is something desired in French managers; one’s ability to master complex concepts and provide and understand detailed analysis is respected far greater than one’s interpersonal skills and ability to motivate staff and build effective teams. Complimenting and rewarding employees publicly is not common That being said, managers often have strong relationship