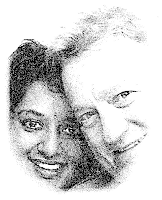 If your really want to transform your diverse teams in truly positive, exciting and powerful ways check out our Diversity Training! (Diversity Training Presentation Slide Show.)
Here is some recent feedback from Beekman Super Canopies.
16 July 2012
TO WHOM IT MAY CONCERN
As a company we decided to use Celebrating Humanity as our provider for Diversity Training – in the Cape, KZN and Gauteng provinces.  And what a good choice that was.
Arthie and Brian Moore are absolutely amazing people who are able to bring out the best in people.  The manner in which they present the training is really practical and uplifting.  Our 411 employees thoroughly enjoyed the manner in which the interaction took place.  What a pleasure to hear the positive feedback from the employees.  Some wanted to attend the training again!
As a company we found that employees who never really had contact with one another were able to get first-hand information about one another as well as glimpse the world in which they live.
I would recommend Arthie and Brian Moore for any training that involves getting people to understand one another as well as one self.  The positive energy they bring into a room is electrifying and certainly makes all attendees come alive.
This training has really had a positive impact on all our employees and it shows within our company family.  Should a company make use of Celebrating Humanity, there will only be a positive outflow from contact with this amazing provider.
Yours faithfully
JANINE CROCKER
HR ADMINISTRATOR
Request a Team Building Quotation, Diversity Training Proposal
or Team Conflict Resolution proposal -
on http://www.celebrating-humanity-projects.com
or email: brian@africa-dreams.com
or call +27 79 643 4457

Feedback from our recent Celebrating Humanity work, near Pretoria…
This 1 day Celebrating Humanity Eye Opener Diversity Training program was facilitated at St Georges Hotel – near Centurion – on 3 May 2012.
Hi Brianand ArthieI have received very positive feedback from the day we spent with you and as you can imagine this experience has also set my thoughts into a different direction which I would like to share with you.

The main change I am experiencing at the moment is the realisation that we started this company because we felt that the corporate environment we where in was no longer “fun” and that we felt the working environment oppressive in the sense that there was no space for individuals and that each persons efforts and individual value add was not recognised. Unfortunately the challenges we face daily in the business environment and inter personally between the share holders has meant that this is the exact environment we have created!

I have learnt that I need to remember that it really is people who make a business and that we need to create an environment where these people can grow and have fun. That HR is about this and that this is where we now need to focus on this in order for us to create the business we set out to do! This will be my personal challenge and I hope that I will be able to integrate this into our company culture.

More than the content of your workshop I would like to thank you for sharing the “you” that you both are! I think this has had the greatest effect on all of us.

Celebrating Humanity Team conflict resolution programs remove conflict from teams, through celebration, agreements, clearing and individual accountability.
Here is some feedback from a recent client:-
CELEBRATING HUMANITY
From a Sales Managers point of view on the training program Celebrating Humanity I found that as a head of department in the Sales division it was certainly beneficial to my whole team.
I have noticed that their attitude towards one another and to their work has improved remarkably. There is a sense of urgency, motivation and commitment to evaluate a situation before making a decision on certain aspects of their job functions.
The Teambuilding: This was interesting and informative and gave me a different view on my staff I thought that I knew them all regarding their habits and what they did in their everyday activities both at work and on the home front “was I surprised” each individual had similar concerns which was not too much of a issue but had not been voiced in as much detail .This is where the trust and transparency filtered through even more that ever.
I am perceived as an honest and trustworthy member in my department and this was nice to know that we collectively were brought closer together in sharing our views as a Team rather than individuals.
Methodologies: The methodologies that were applied in achieving the interaction between on another were how I shall say “INTERESTING”. It reminds me of the old saying Back To Basics how true this is, a simple good morning how are you, and how your weekend was is a great opener in any conversation followed with a Smile.
For one to have the courage and trust in revealing ones personal problems, concerns, and even thoughts on a particular issue is normally a tedious extracting process, not the case when face to face as the exercise revealed where we say opposite one another and reveled our thought and concerns one felt almost obliged to spill all.
The perception that I had of some of the staff “in other departments “was misconstrued. I found them to be transparent and almost enthusiastic to tell me everything they possibly could in the short space of time that we had.
Ability to work with different cultures: This is an area that needs lots of work; it’s too easy to assume that people must answer you back in your home language. I need to take the time to learn the ways and cultures of those we interact with on a day to day basis.Just the basics will be a huge stepping stone forward, too often one feels not so much as embarrassed but more “not informed “well enough to attempt a simple SAWUBONA as an example to someone that we see on a day to day basis .We slip into our comfort zone and use our own native language.
The body language I found interesting and different in each culture that I encountered as well.
Conclusion: Anyone that is willing to change for the better, the company and in the way they approach life in general will be pleasantly surprised of the outcome of this program. It has given me a different prospective on my staff and a better understanding of how they feel.
The “buy in” from all has been fantastic and in particular an approach on how to “fix “issues is a joint venture between ourselves as “A Team”. The interaction with other department is much more “transparent”. A huge stepping stone in the right direction.
From: Dave Finch                                        Date: 3rd February 2012